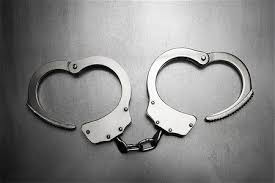 A Word of Clarification:  AmeriPro Surety Bonds does not offer bail bonds to release someone from custody at an inmate facility.  What we offer are bail agent surety bonds which are purchased by bail agents.

California bail agents are licensed by the California Department of Insurance (DOI) and their licenses are active for a period of two years before renewal.

A bail agent’s job is essentially to release persons from custody by posting a bail bond with the respective jail or court (many bail bonds in California are posted inside a courthouse).

By posting this “bail bond”, the agents are promising that they are financially responsible for defendants making all court appearances.

While California bail agents frequently work with attorneys, California law proscribes any bail agent from referring any bail client to an attorney.

In California, doing so may constitute a felony and can result in the bail agent losing his or bail license, along with time in jail.

To become a California bail agent, one must:

Once licensed, California bail agents can normally “write bail” anywhere in the state, unless their license has been restricted to certain counties by the California DOI.

A bail agent surety bond (again, not to be confused with “bail bonds”) is purchased by and for bail agents.

This surety bond is purchased by a bail agent as a promise that the bail agent will observe all state and local laws in connection with bail agent duties.

Rather, this surety bond is purchased by the bail agent as protection for the public against any illegal or willfully negligent acts of wrongdoing on the part of the bail agent in the performance of their duties.

As an important word: For bail agents who are not currently employed with a bail agency but who wish to keep their bail agent license active for an extended period, this surety bond is important to have.

Merely fill out our application, pay the premium of $100, and this bond is issued to you.

There is no credit check nor formal underwriting.

Once purchased, you will need to file the surety bond with the California Department of Insurance along with any filing fees, if there are any.

Get Your Surety Bond Today!

It only takes a minute to apply.

Our focus is exclusively surety bonds. We have two areas of concentration: YOU, our customer; and providing you with the surety bond that you need. Whether the bond is an "instant issue"; is for a contractor; a court bond; or one for a client with lower credit scores, AmeriPro Surety Bonds dedicates itself to providing our customers with a seamless, professional, and quick surety bond experience.

If you’ve lost a cashier’s check or money order, to replace it, the banking institution will require that a “Lost Instrument bond” be purchased in order to re-issue it. Learn how to quickly purchase this bond with AmeriPro Surety Bonds.

A mortgage broker bond is a license and permit bond which states require to become properly licensed and which is also required to protect the public from wrongful acts committed by a mortgage broker.

A notary bond, also known as a notary public bond, is a bond that is required by the state of California to engage in the business of witnessing signatures on documents.

West Virginia Attachment Bond | AmeriPro Surety Bonds | 844-589-9732   Surety Bond; Amount and Purpose   An attachment order allows a Plaintiff, prejudgment, in a civil case, to seize and take possession of the disputed property held by a Defendant. A...