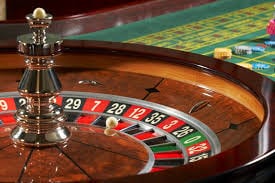 Games of Chance in New York

Any game, contest, or promotion in New York state where the value of the prize or prizes exceeds $5,000, must register with the state of New York.

According to Section 369-e of the New York General Business Law, a surety bond must also be filed on behalf of the people of the state of New York.

The New York Department of State is the obligee for this bond. This means that the Department is the entity requiring this surety bond as a condition for licensing.

New York Games of Chance Bond: The Amount Required and Purpose of the Surety Bond

The New York games of chance bond must be in an amount that is at least equal to the value of the games, contests, or promotions being offered.

Because the bond is in favor of the people of New York, the surety bond requirement serves as a financial guarantee that games, contests, or promotions won will actually be awarded.

If for any reason the prize is not awarded, the bond allows the winner or winners to make a claim against the value of the prize up to the prize amount.

With these considerations, it is clear, then, that the bond is not a protection for the games of chance promoter, but rather for those who participate and win the promotions.

Regardless of the duration the game, contest, or promotion, the New York games of chance bond has a onetime premium payment. The bond does not have a premium which renews annually.

As an applicant, you can expect to pay a premium which may be as low as several percentages of the bond’s amount.

However, the amount you will pay will be determined by an application and a possible credit check.

We will accept your application right over the phone and work to get your required games of chance surety bond in short order.