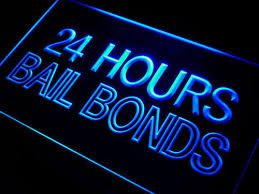 As a note of clarification, AmeriPro Surety Bonds does not offer “bail bonds” for the public who are attempting to release someone from custody.

We are a surety-only agency which offers a surety bond for bail agent owners and license-holders in Washington State.

February 2020 Update:  Our agency offers the $10,000 Washington bail agent bond for $100 premium, and with no credit inquiry.  Please read the caption for more details.

What are bail agents?

Bail bond agents are in the business of releasing persons, pre-trial and pre-conviction, from custody who have been arrested and/or formally charged with a crime.

By placing a bond with the court or jailhouse, they are personally guaranteeing that they will be responsible for the defendant making all court appearances.

Failing to do so, a bail agency/bail agent accepts full responsibility for the face value (dollar amount) of the surety bond should they be unsuccessful in their attempts to locate a defendant and return the same to custody within a specified period of time.

To become a bail agent in the state of Washington, one must:

AmeriPro Surety Bonds offers Washington bail agents a surety bond which is filed with the State of Washington.  This surety bond is for $10,000.00

The surety bond is not a liability policy for a Washington state bail bonds agent.

Unlike insurance, any claims paid on a surety bond must be re-paid by the principal (owner of the surety bond).

Rather, this surety bond guarantees that the Washington state bail bond agency will comply with all state rules and requisites in the performance of their duties as a bail agency.

Additionally, this surety bond is purchased by a bail agent in favor of residents of the state of Washington and protects them from acts of willful harm, fraud, dishonesty, and other criminal acts which may be committed by a Washington Bail Agent.

The amount of a Washington bail agent surety:

Moreover, once you fill out the application and pay the $100 premium, this $10,000 surety bond is issued to you immediately!

There is no credit check for a Washington State bail agent bond.

Upon receipt of the bond, you will need to have it filed with the State of Washington, Business and Professions Division.